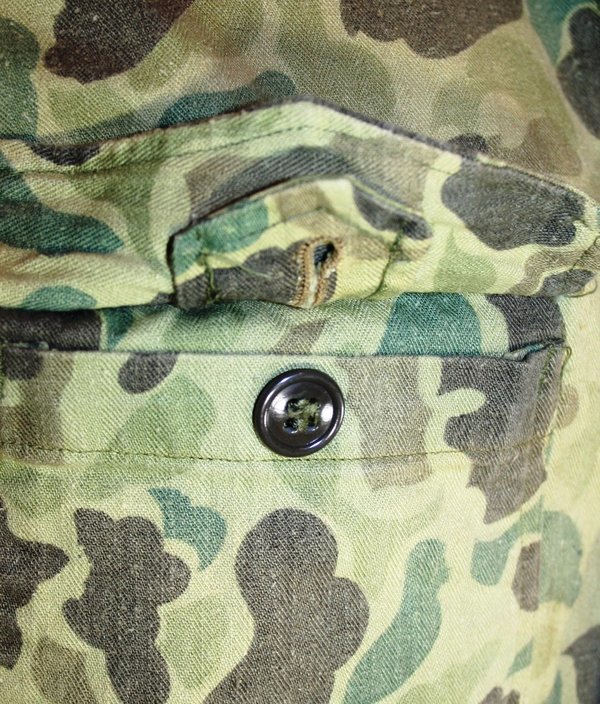 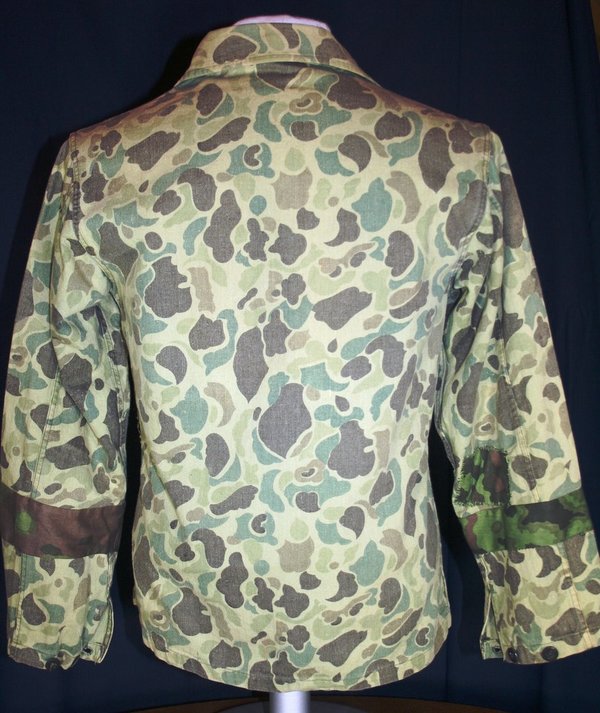 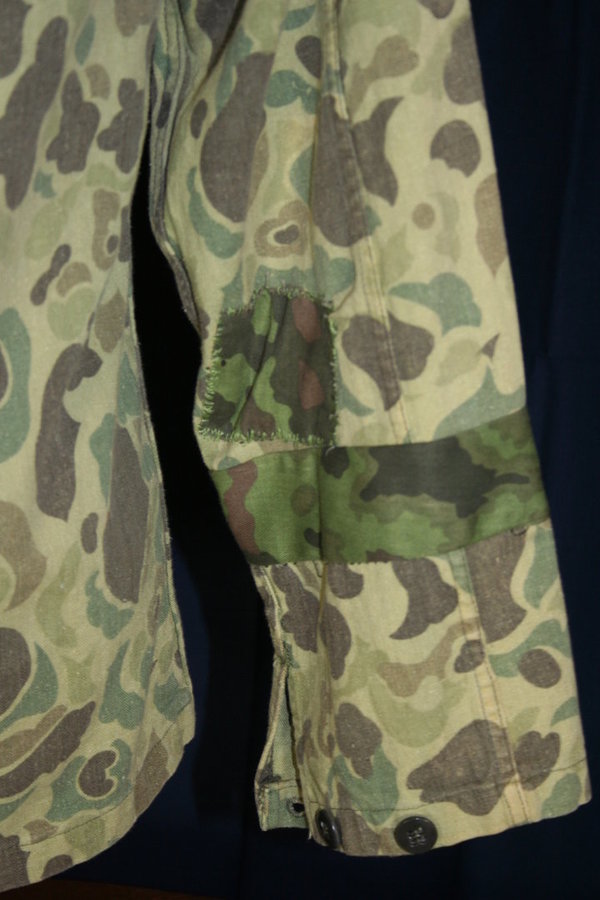 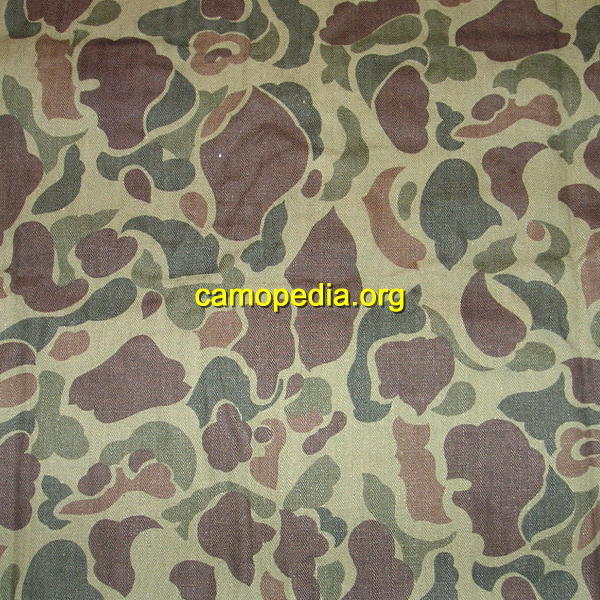 As items come out of a privat collection, deliveries are without taxes plus delivery

Very special and very rare is the use of SS Planetree Camo for fieldrepair.

It's known that the French army also used SS camo clothing in Vietnam.

The first camouflage pattern produced by South Korea was patterned after the US M1942 spot pattern of the Second World War. Introduced during the 1960s, variations of this design were worn by the ROKA Special Forces and ROK Marines during the Vietnam War. Early South Korean duck hunter camouflage incoporated five colors and was printed on HBT cotton fabric. Unlike the original US design, the early Korean versions were not reversible, but were printed using a variety of different colors, thus producing several variations.(source: CAMOPEDIA)